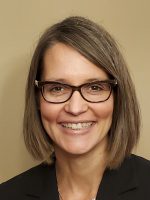 Shanti is a Supervising Attorney at Ayuda in Washington, DC, where she represents immigrants in both affirmative immigration applications and deportation defense with a focus on immigrant victims of crime and trafficking, including preparation and filing of cutting-edge U Visa and T Visa applications. She also represent immigrants seeking Special Immigrant Juvenile Status, asylum, relief under VAWA, family petitions, and naturalizations. She supervises a staff attorney and interns in their case work assisting Ayuda’s clients.

Before joining Ayuda in 2014, Shanti was a staff attorney with Kids in Need of Defense (KIND). In that position, and, prior to it as the KIND Fellow at Ayuda, Shanti represented unaccompanied immigrant children in removal proceedings for over four years.